Many of the earth’s most stunning natural wonders are hidden from view. Here, we take a look at 15 secluded—but spectacular—hidden waterfalls and natural pools around the world. Some of these spots require visitors to go off the beaten path, but the scenic rewards are worth the effort. 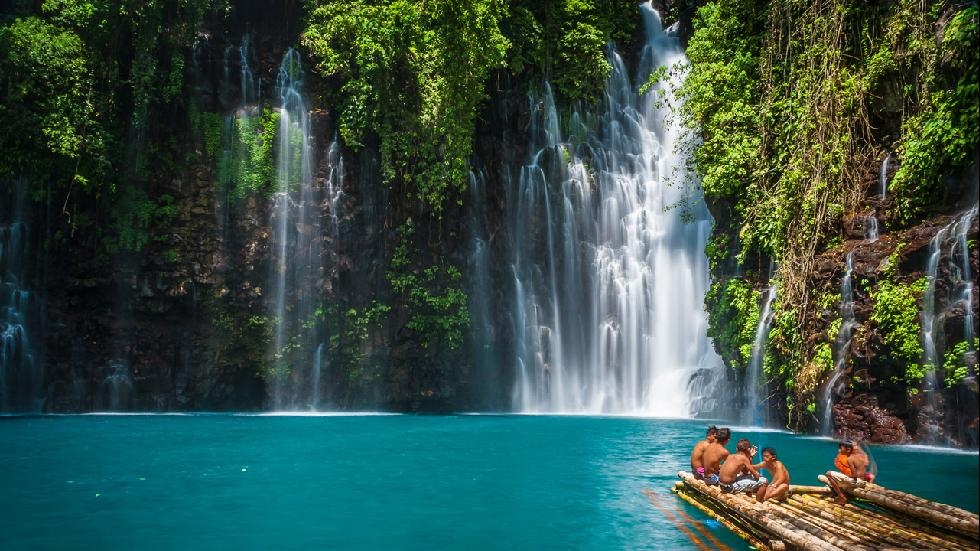 Meaning ‘Hidden Falls’ in Filipino, Tinago Falls in Iligan City, Philippines is tucked in a deep ravine, and trekking to the site requires climbing down 500 steps called the Winding Staircase. Under the falls is another hidden gem — a small cave where people can enter and listen to the rumbling waters of the falls. (Flickr/jojo nicdao) 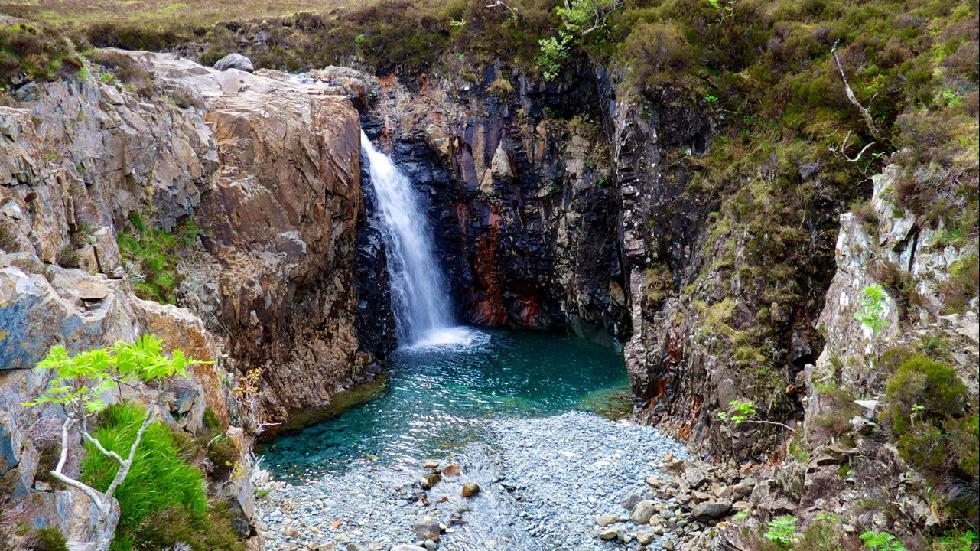 If you’re brave enough to dip into the cold, but crystal-clear, waters, the Fairy Pools in Glen Brittle, in the Isle of Skye, Scotland is an ideal place for ‘wild swimming.’ A path takes visitors to the waterfalls and pools, some more secluded than others, all magically picturesque. (Flickr/Daniel Stockman) 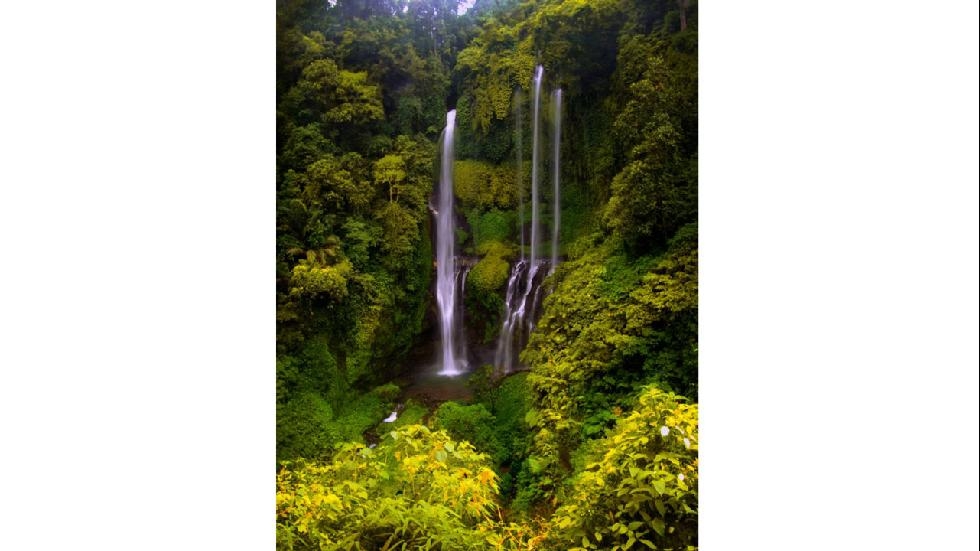 There are several waterfalls hidden in the green, lush jungles of the northern part of Bali, Indonesia, but Sekumpul Waterfall (made up of at least 7 separate falls) is one of the most secluded and most stunning. Visitors have to walk a dirt road, climb down hundreds of stairs and cross a river to get to it, but they say the scenery is worth the trek. (Flickr/Pandu Adnyana) 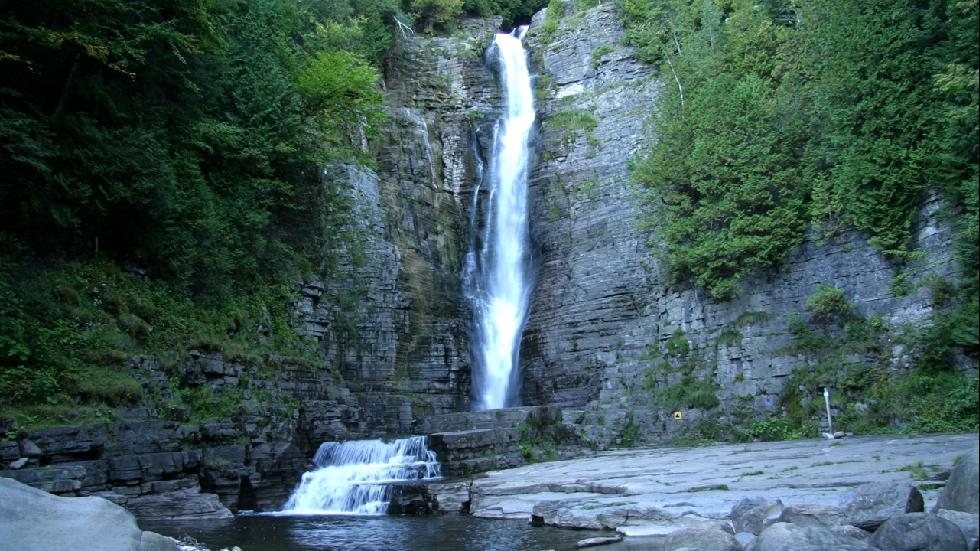 A hidden waterfalls gem of the Mont Saint-Anne area in Quebec, Canada, Jean-Larose is a spectacular wild waterfall with three cascading falls of 39, 62 and 134 feet high. Visitors have to climb more than 400 stairs down to the bottom of the falls, and the stairs are very steep, but there are two viewing platforms along the way. (Flickr/Benoit Nadeau) 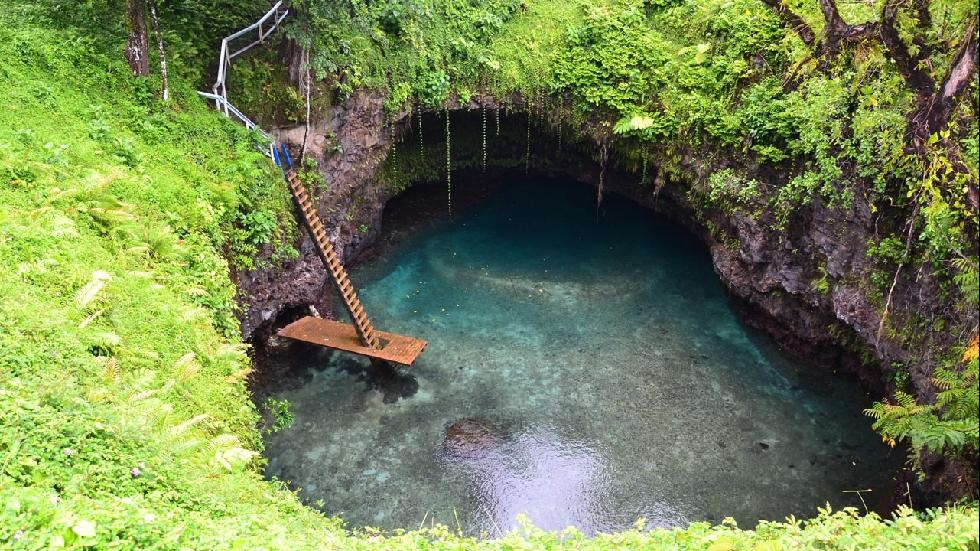 To Sua Ocean Trench in Lotofaga village in Samoa is a unique natural swimming hole. It is known for its clear, turquoise waters and surrounding lush gardens. A ladder has been installed for visitors and swimmers to climb the 98 feet down to the hole. (Flickr/NeilsPhotography) 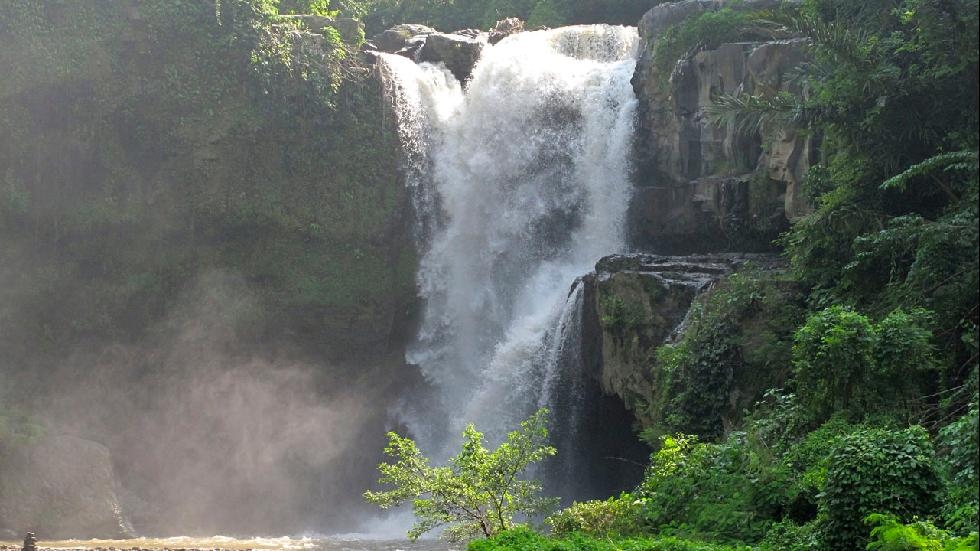 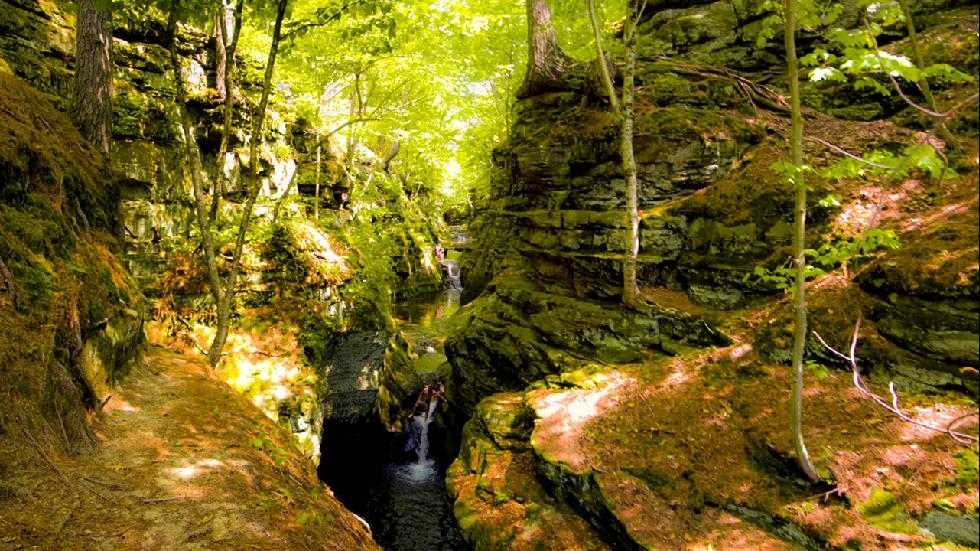 The small, nine-acre Pewits Nest, located just outside of Baraboo in Sauk County, Wis. is a natural gorge cut by a small stream called Skillet Creek. The state natural area features a series of small waterfalls and a series of pools domintaed by 30-40ft cliffs that a few brave visitors dive from. (Flickr/Kenneth Casper) 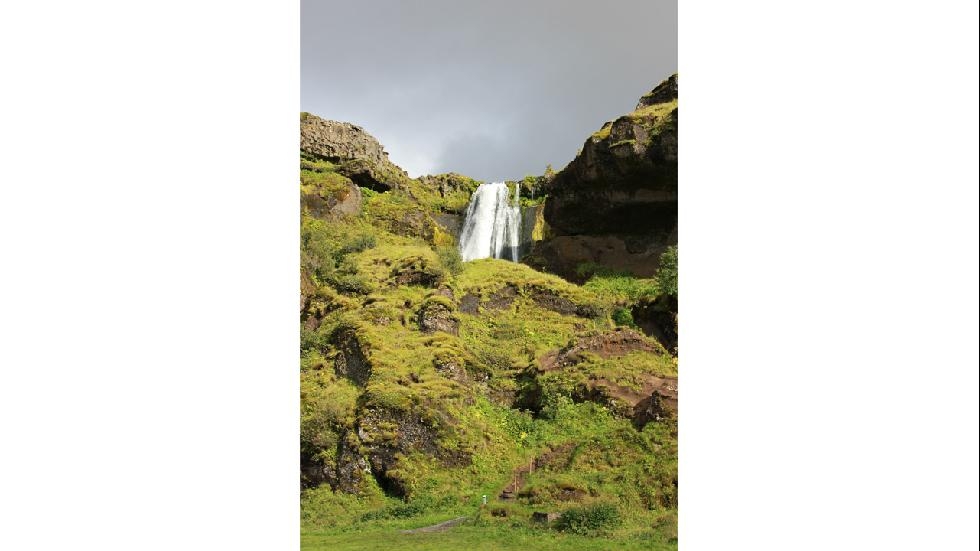 Gljufrafoss is a small waterfall north of the larger falls of Seljalandsfoss in Iceland. The falls are partially obscured by the cliff rock, and a winding trail and wooden ladder enable sightseers to climb roughly halfway up and view the falls. (Flickr/Ravi Sarma) 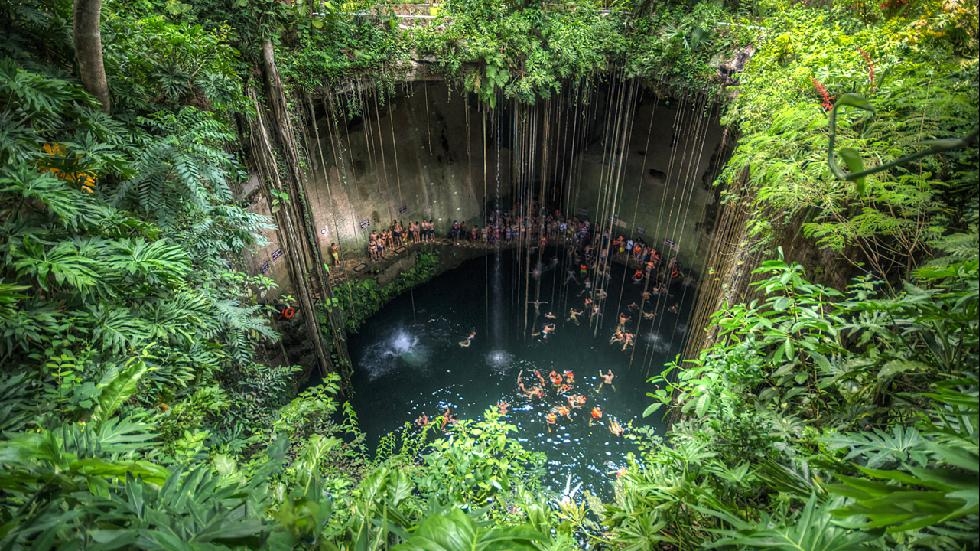 Hidden about 85 feet below ground, the Ik Kil Cenote in the northern center of the Yucatán Peninsula, is one of the world’s most beautiful swimming spots. Open to the sky, it features a carved stairway down to a swimming platform and the turquoise water. Vines reach from the opening all the way down to the water along with small waterfalls. (Flickr/Vicente Villamón) 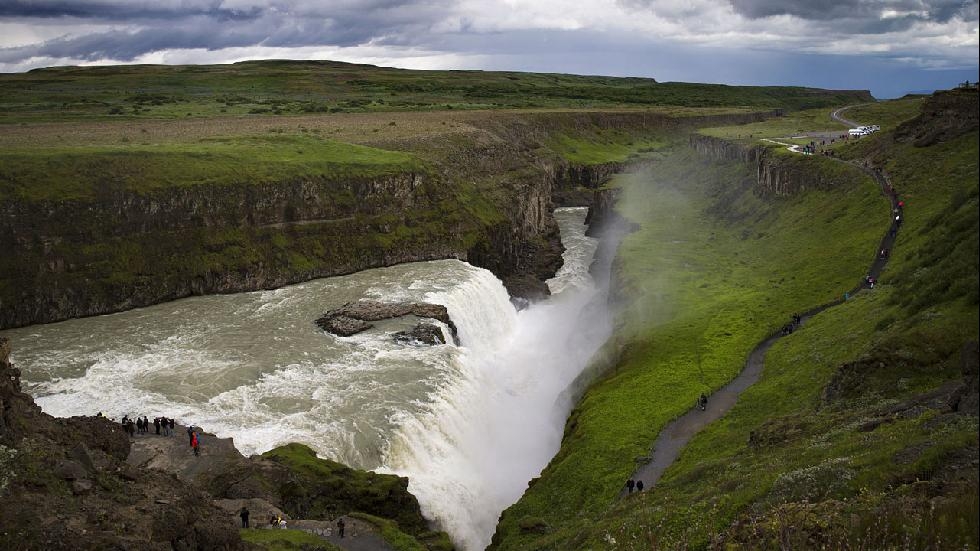 Although Gullfoss is one of Iceland’s most popular attractions, the majestic waterfall is almost hidden from view so that it appears that a mighty river simply vanishes into the earth. Located in the canyon of Hvítá river, it turns sharply to the right and flows down into a wide curved three-step ‘staircase’ and then abruptly plunges in two stages into a crevice 105 ft deep. Considering this is the second Icelandic waterfall, we shouldn’t be leaving you with the question “what are the best things to do in Iceland?” in your head. (JOEL SAGET/AFP/Getty Images) 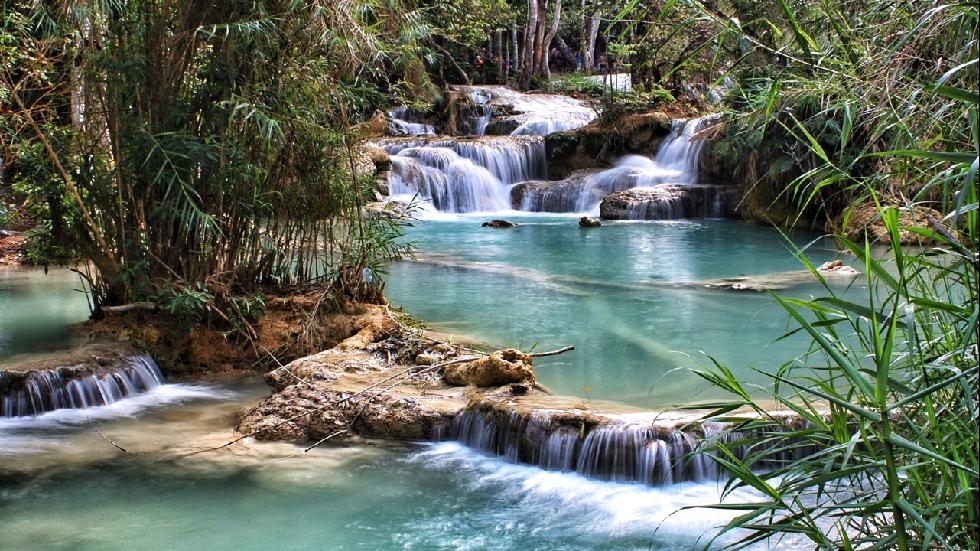 Located south of Luang Prabang, Kuang Si is a multi-tier hidden waterfalls with water that collects in numerous turquoise blue pools as it flows downstream. There are also trails to climb to the top of the falls where there are more natural pools for swimming. The trails, however, are steep and can be slippery. (Flickr/Aussie Assault) 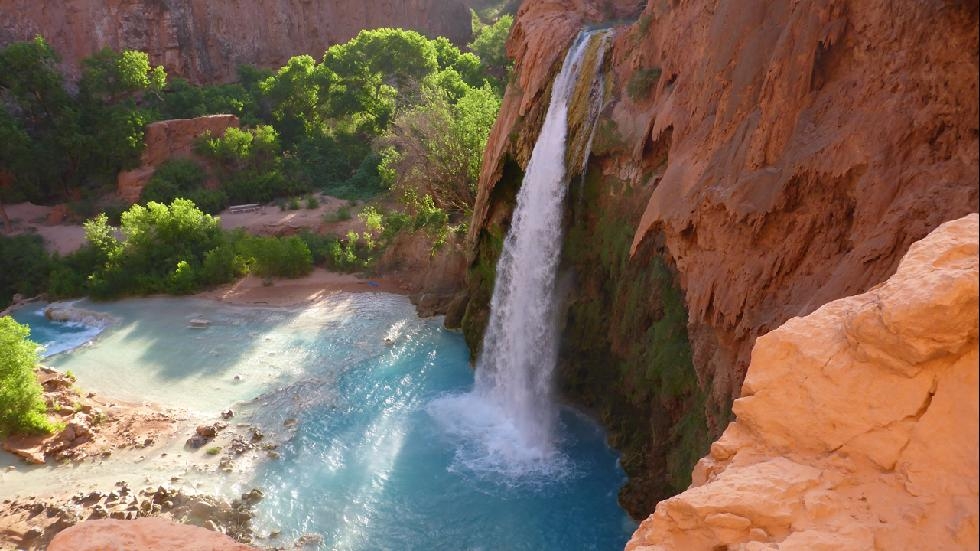 Located within the Havasupai Indian Reservation in Grand Canyon National Park, Havasu Falls is a hidden wonder within a wonder. It features a main chute that drops nearly 100 feet over a vertical cliff into a large pool of blue-green water. (Wikimedia Commons/Traveling Man) 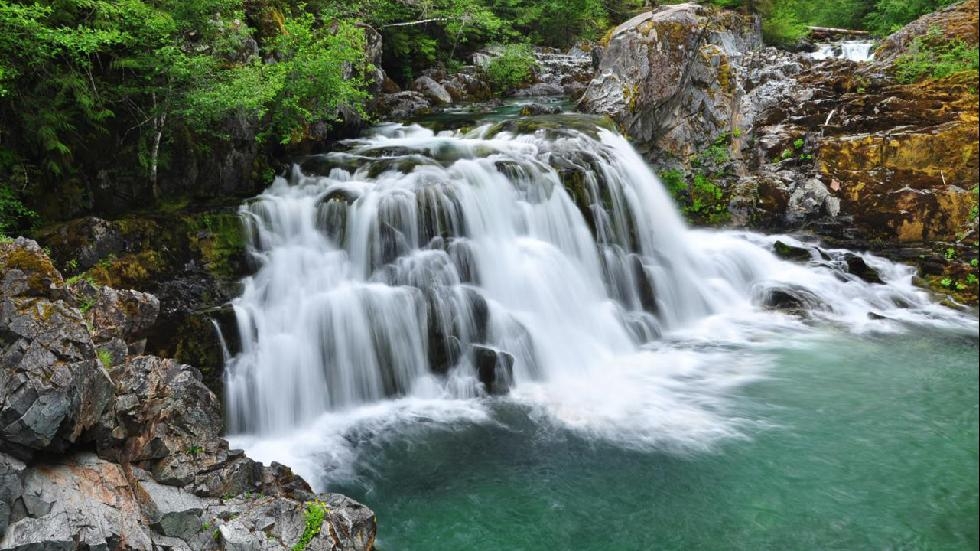 In Oregon’s Opal Creek Wilderness, a four-mile hike traverses the old-growth forest to 30-foot Sawmill Falls, which features a cascade that pours into a deep green pool ideal for a chilly swim. (Flickr/cheryl_hill) 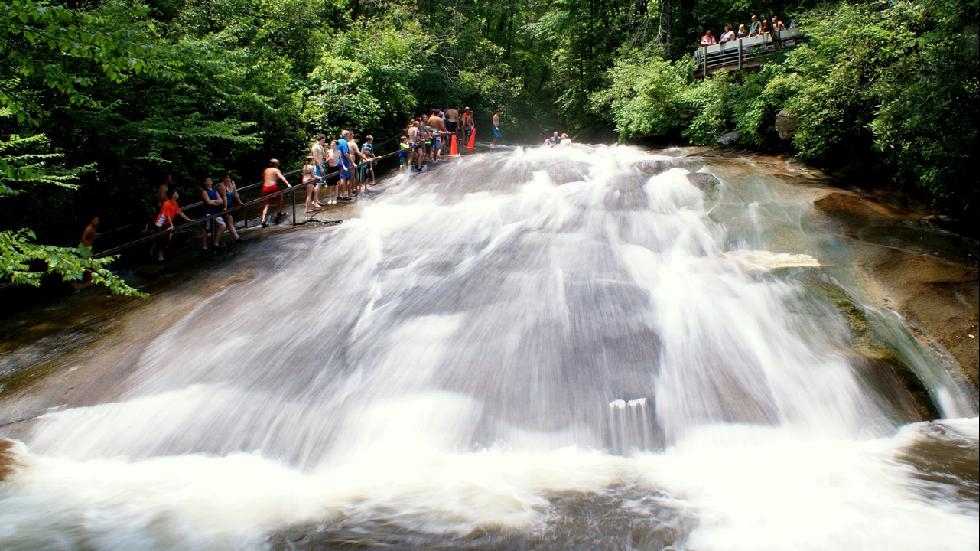 Located at Pisgah National Forest near Asheville, NC, is a natural water slide and pool. Visitors take the plunge down down a 60-foot slippery cascade into the 50-60 degree, 7ft-deep pool, with cold waters perfect for cooling off in the summer. (Wikimedia/Lincolnh) 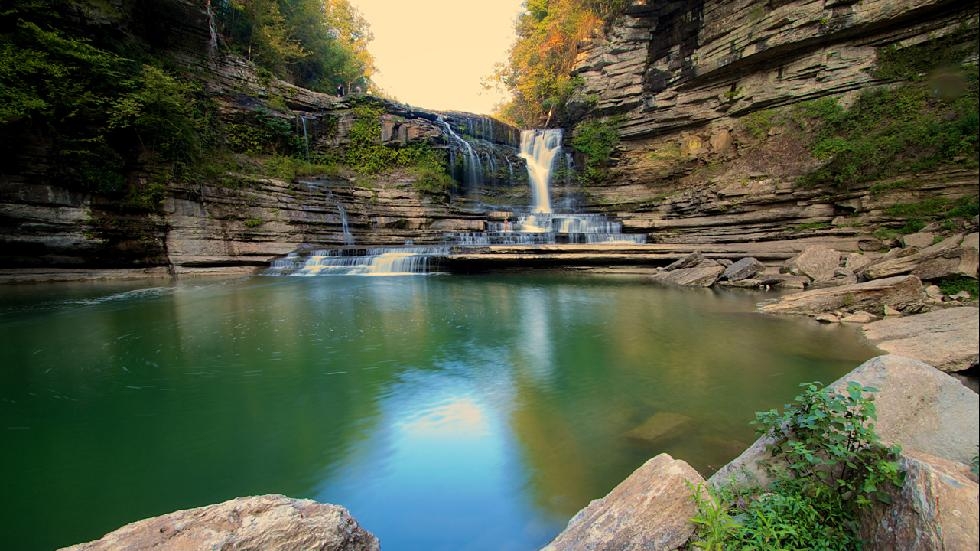 Hidden among rolling hills along the Blackburn Fork State Scenic River, Cummins hidden waterfalls is 75 feet high, its water cascading into a spectacular swimming hole. Visitors embark on 20-minute hike to reach the bottom of the falls and swim but the scenery makes the trek worthwhile. Sightseers can also view the falls from an overlook. (Flickr/Brenton Rogers)