The Smallest Hotel Rooms In The World

From Capsule hotels to pods in Japan, these hotel rooms forgo space for low prices and a once in a lifetime sleeping experience. Here are the smallest hotel rooms in the world. If you are looking for a room that is much more spacious on your travels then look no further than these Copenhagen hotels https://www.dangleterre.com/. 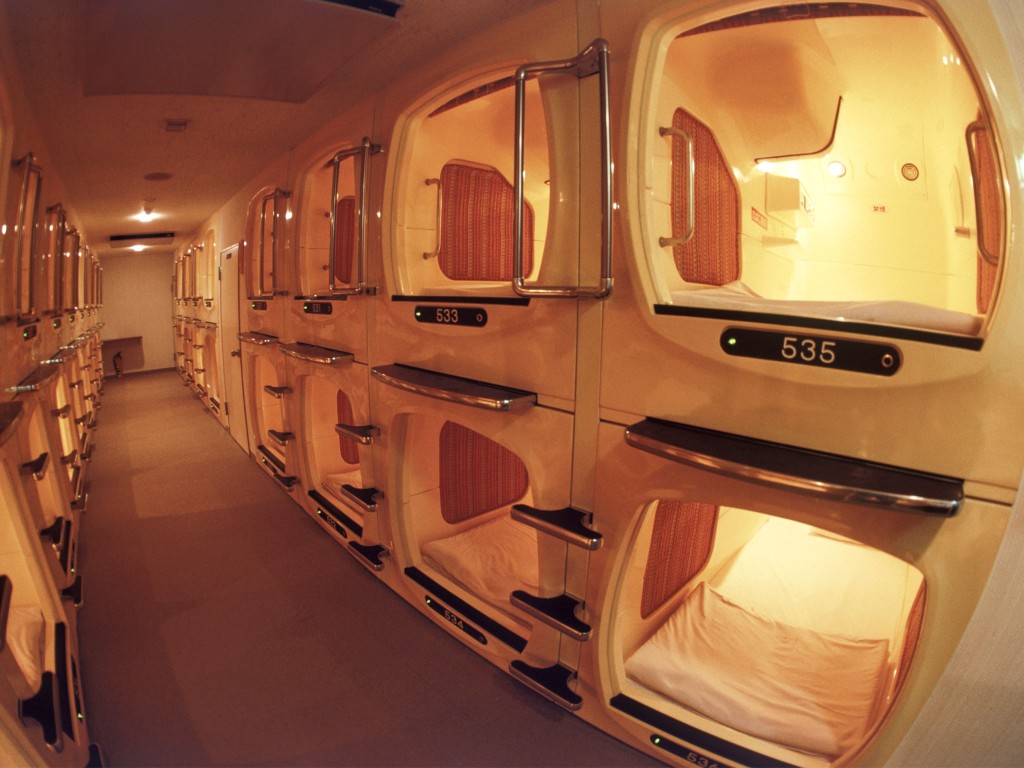 Japan has been at the forefront of the tiny hotel movement with their famous capsule hotels. With so many capsules they are sure to have a huge number of customer bookings to deal with! I’m sure that a hotel property management system would come in handy at a place like this. The Capsule Inn Osaka was the world’s first when it opened its doors in 1979, and the hotel is still taking reservations today. Located in Osaka’s business and shopping district, it offers smallest hotel rooms, but doesn’t skimp on amenities. While the capsules are just big enough for a body, they come outfitted with a television, radio, and lights. Guests (men only) are also offered a robe, towel, an assortment of toiletries, and free access to the in-house spa and sauna. 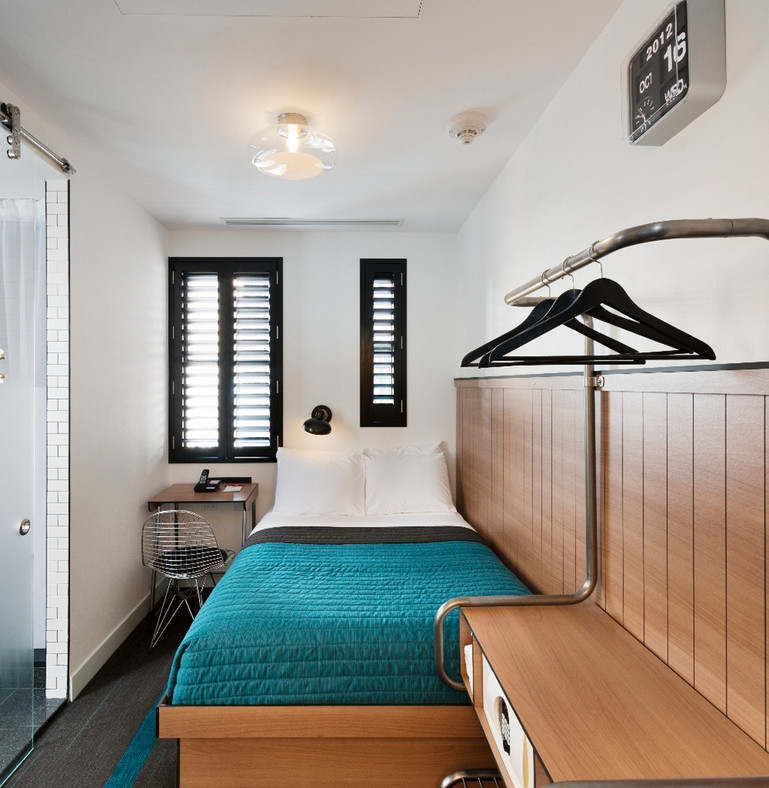 The Pod Hotel, with two locations in New York City, promises a hotel experience that lets you “stay in the heart of it all, without spending it all.” The hotel offers a plethora of room varieties, from single sleepers to a larger studio that fits four people. The compact rooms come jam packed with amenities like flat screen LCD televisions and iPod docks. Their Pod 39 location is also home to Salvation Taco, a taquería and cantina by Michelin-starred Chef April Bloomfield and restaurateur Ken Friedman. At Pod 51, they’ve teamed up with Pop Burger to offer guests Pop @ Pod, a gastropub next to the hotel. 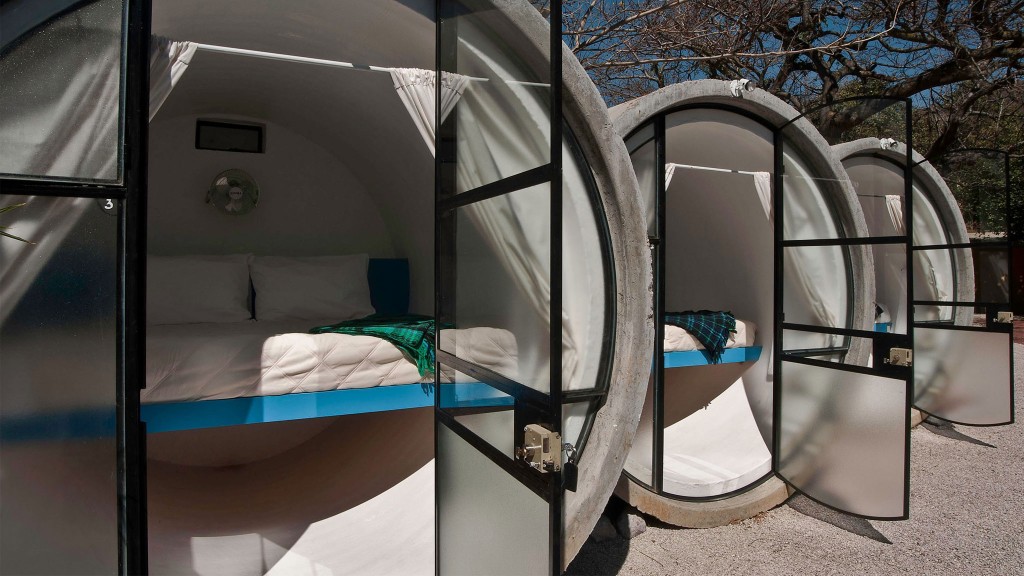 Located just 45 minutes south of Mexico City, Tubohotel offers the unique experience of sleeping in some of the smallest hotel rooms made from recycled concrete tubes. The tubes appear small, but they’re big enough to fit a queen-size bed, desk lamp, and fan. The tubular rooms are stacked in pyramids or lined up in groups of three and are arranged around a central courtyard with plenty of vegetation, as well as a pool. 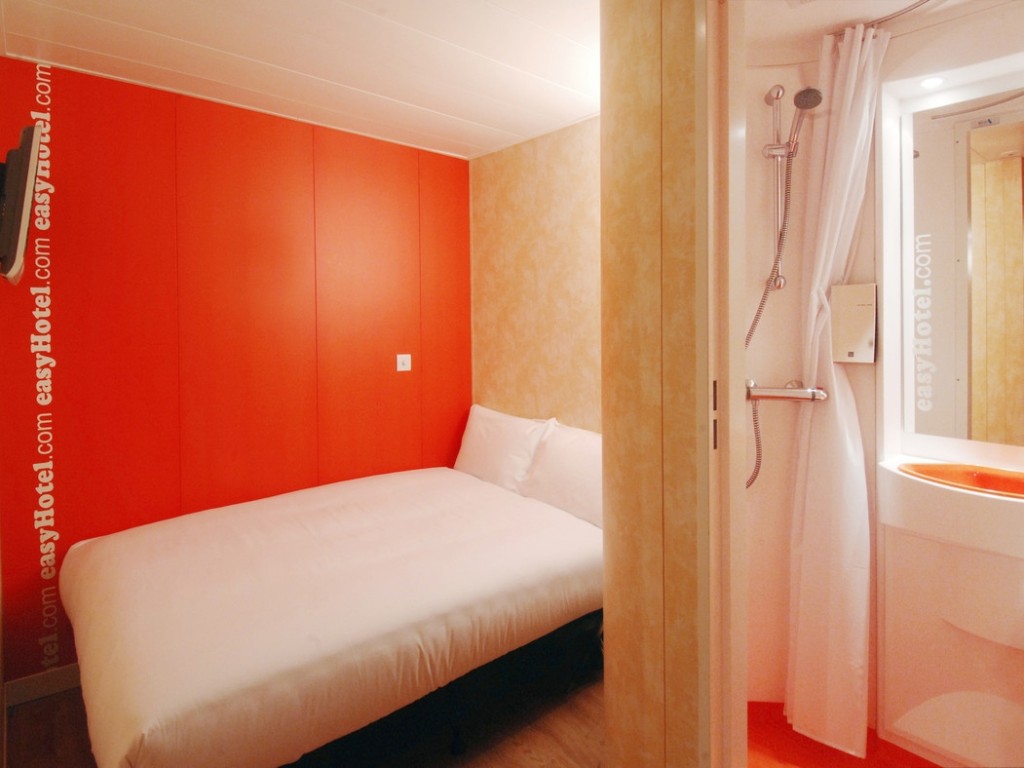 The easyHotel chain has convenient, centrally-located outposts around the world, from London (pictured) to Dubai and South Africa. The chain asks guests to sacrifice a little space without forgoing the comforts you’d come to expect from upscale hotels—e.g. flat-screen TVs, private showers, and Wi-Fi. They also offer low costs based on booking time: the earlier you reserve a room, the less expensive it will be. 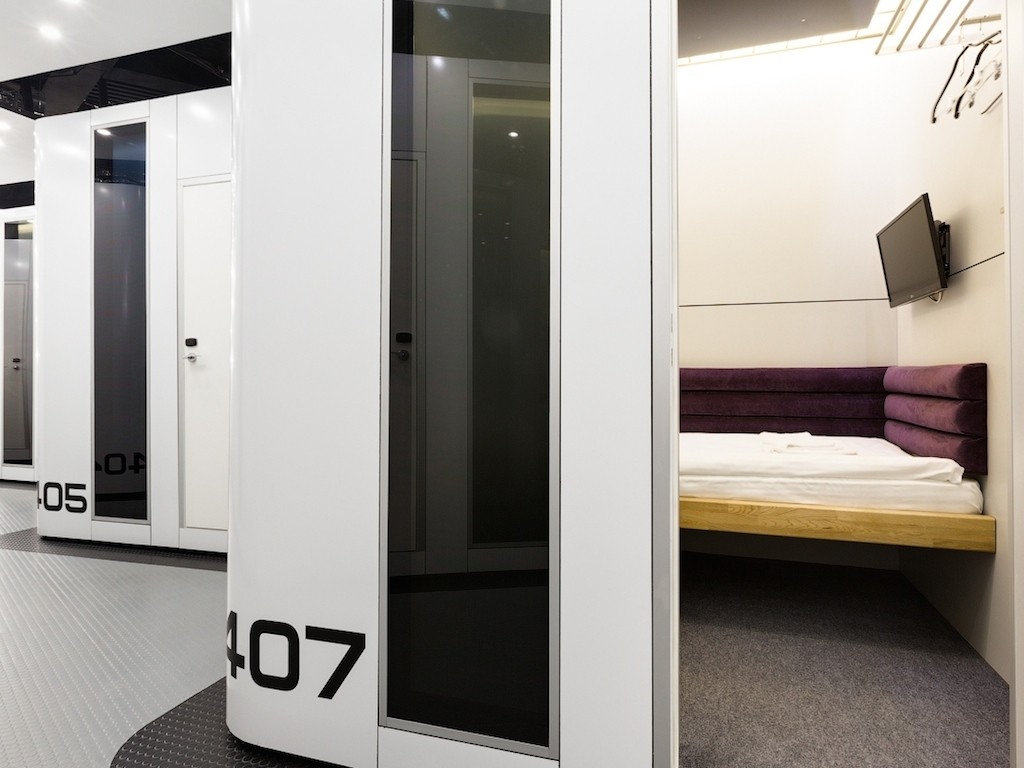 Located in the heart of Moscow, Sleepbox Hotel is the first capsule hotel in Russia. It opened in 2013 and offers guests diminutive rooms that can accommodate single and multiple sleepers. Even though the suites are compact, they were designed by a team of Russian architects to be highly functional. Amenities include LED televisions, luggage storage, mirrors, and en suite bathrooms, depending on the room. 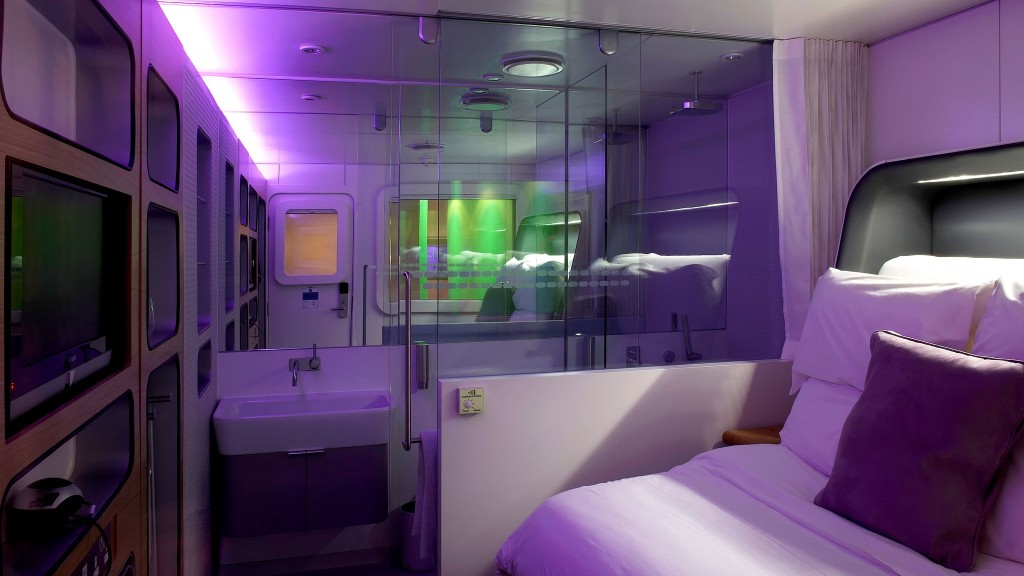 The YOTEL chain of hotels has four locations: Times Square, London’s Heathrow Airport, Sussex’s Gatwick Airport (pictured), and Amsterdam’s Schiphol Airport (though this one will be closed for renovations until 2015). Influenced by similar Japanese hotels, as well as first-class air cabins, YOTEL rents cabins (not rooms) in several sizes. Depending on the location you’re sleeping in, your room might have an outdoor terrace (as one in Times Square does), or bunk beds to accommodate multiple guests (in Heathrow). Each cabin offers amenities you won’t find in an airport terminal, including flat-screen televisions and monsoon showers. 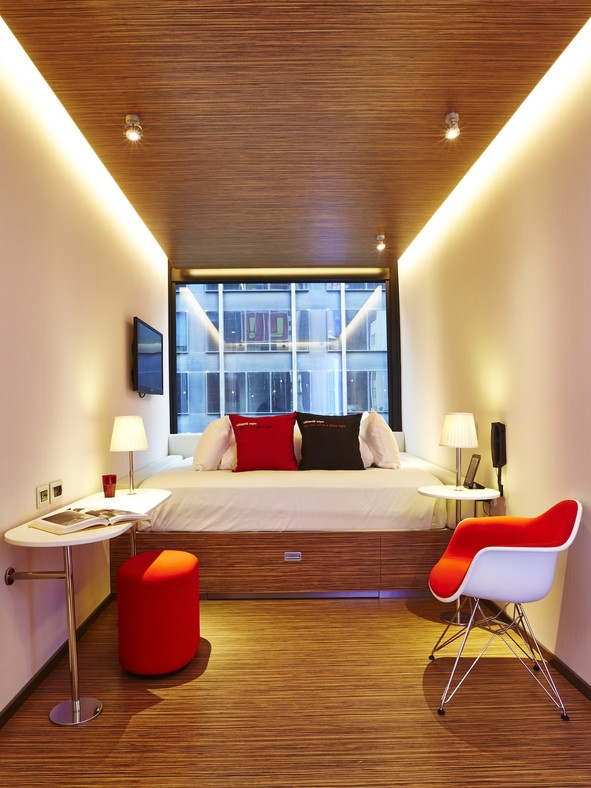 citizenM Hotels are all about affordable luxury and innovation. Their seven locations are spread between Amsterdam (city and airport), Glasgow, London, New York (pictured), Paris, and Rotterdam, and have rooms that are perfect for the modern traveler who prefers to spend their days exploring the city, not cooped up in their hotel room. The compact accommodations don’t skimp on design features or amenities, which include wall-to-wall windows, rain showers, free movies, and king-size beds.
If you’re one to enjoy your luxury hotels in a city centre though, you could look into hotels like the Crowne Plaza London Albert Embankment Hotel.

Have you stayed in any of these? What did you think? Let us know in the comments.